With my 3rd and 4th graders last week, students and I examined popular ways Bible scriptures were used to endorse racism, segregation, and integration during the Civil Rights movement. In our studies, we analyzed many quotes and primary sources, including one letter exchange between 8 prominent Alabama clergy and Dr. Martin Luther King (Dr. King’s response was the foundation for “Letter from a Birmingham Jail”. Students also examined the contributions of President John F. Kennedy, the purpose and effect of Direct Action tactics used during the Civil Rights era, and diversity of tactics and philosophies of change among Civil Rights leaders. You can read more about students’ learning here.

As I led students’ into controversial conversations about civil disobedience, praying for enemies, and racism as a heart issue that bewitches our educational, healthcare, and governmental systems, I have needed to reflect on these themes for my own sake. After a calendar year full of protests, from the murder of George Floyd to the Capitol insurrection, with a bevvy of accusations, protest strategies, and gratingly insincere public apologies, I’ve needed to condense my own understanding of the ways Christians are called to political disagreement.

In reflecting somberly on Dr. Martin Luther King’s rebuke of the White Moderate, I’ve begun to wonder where the line is between respecting authorities and endorsing corruption (Letters from a Birmingham Jail).

For many of the controversial issues of our day, Christians (like all people) need to have rock solid discernment to know which arguments have appearance of good, but are ultimately evil. While we as adults will encounter many opinions that are obviously wrong (such as this segregationist statement based on the fear of racial mixing), other ideas require greater insight.

Take, for example, this argument in support of segregation by L. Nelson Bell, the founder of Christianity Today. Bell was a well-spoken, respectable, but tireless segregationist. While Bell admired that integration would remove barriers preventing the preaching of the gospel, he managed to reject Civil Disobedience of any kind.

Dr. King sharply rebuked Bell’s ideological equals, saying that “the Negro’s great stumbling block in his stride toward freedom is not the White Citizen’s Counciler or the Ku Klux Klanner, but the white moderate, who is more devoted to “order” than to justice; who prefers a negative peace which is the absence of tension to a positive peace which is the presence of justice; who constantly says, “I agree with you in the goal you seek, but cannot agree with you in your methods of direction action“; who paternalistically believes that he can set the timetable for another man’s freedom; who lives by a mythical concept of time and who constantly advises the Negro to wait for a more “convenient season.”” King’s rebuke reminds me of the findings of several anthropologists who have studied the ways that well-intentioned (?) people can use Civility as a catch-all means to dismiss the ideas of minority groups and maintain the status quo. King’s Civility depends on non-violence, and the Holy Spirit role in convicting individuals of their wrong-doing. When individuals see others treat them with respect when they least deserve it, their hearts may be softened (if they allow it). This is ultimately what Jesus meant by “turn the other cheek.” By turning the other cheek, you provide the means to increase individuals’ conviction.

For King’s White Moderate, peaceful direct action tactics like boycotts, strikes, sit ins, picketing, blockades, or freedom rides would be unacceptable. To King’s White Moderate, Civil Disobedience strategies are always wrong, never mind that each of these strategies (or similar forms of public demonstration such as marches, speeches, and protests) were intentionally designed to be non-violent. Dr. Kings’ commitment to non-violence was incredibly resolute. As a Christian leader, King developed Six Principles of Nonviolence:

Nonviolence is a way of life for courageous people.

It is active nonviolent
resistance to evil.

The end result of
nonviolence is redemption and reconciliation.

Nonviolence holds that suffering can educate and transform.

Nonviolence
willingly accepts the consequences to its acts.

Nonviolence chooses love instead of hate.

Nonviolence believes that the universe is on the side of justice.

The nonviolent resister has deep faith that justice will eventually win.

With a healthy respect for the work of Dr. King, I have chosen to summarize my own set of principles, for my personal and instructional use, and to the benefit of whoever may be interested. I have specifically reflected on what I know to be true of scripture, and to highlight an intentionally Christian Approach to Civil Disobedience, Political Disagreement, and Communication in general. My goal is not to increase lawlessness, but to provide a resource for Christians to use to practice discernment. I have chosen to write this list in plain language, both because my audience is ultimately children, and because simplified language is important for adults, regardless of their cognitive ability. Especially on such a tender topic, I worry that too many fancy words will get us lost in the weeds, making unnecessary enemies of one another.

*Note: In this post, I will mostly reference the bible in the “Easy to Read Version” translation because my audience is ultimately children. These verses are available in many other translations.

Before addressing diplomacy or political engagement, there are some very basic truths that all Christians should internalize.

1. Your faith should change the way you speak.

2. Discernment requires that individuals pray and think carefully to understand others’ intentions. People’s intentions can be opposite or the same as God’s.

3. Since people speak and act from what is in their hearts, bad communication and/or actions are ultimately a heart issue.

1. Before you speak or act in conflict or in politics, seek God. 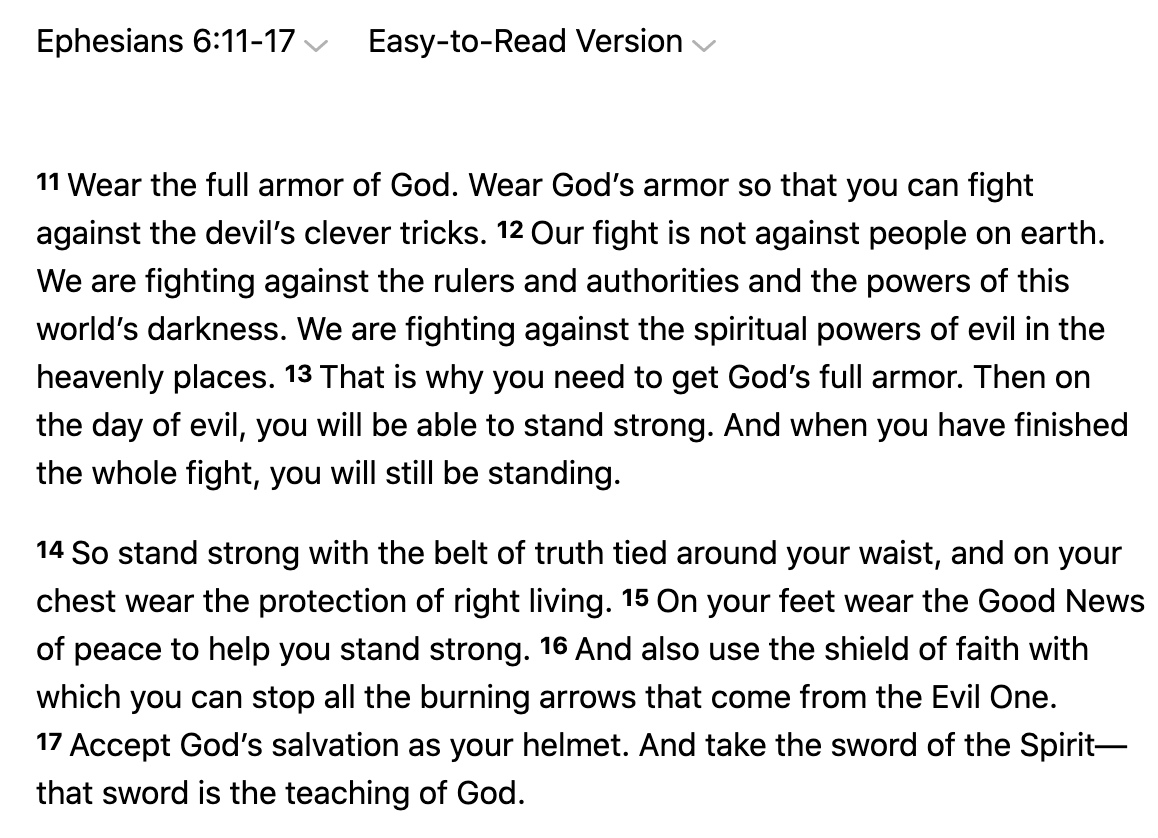 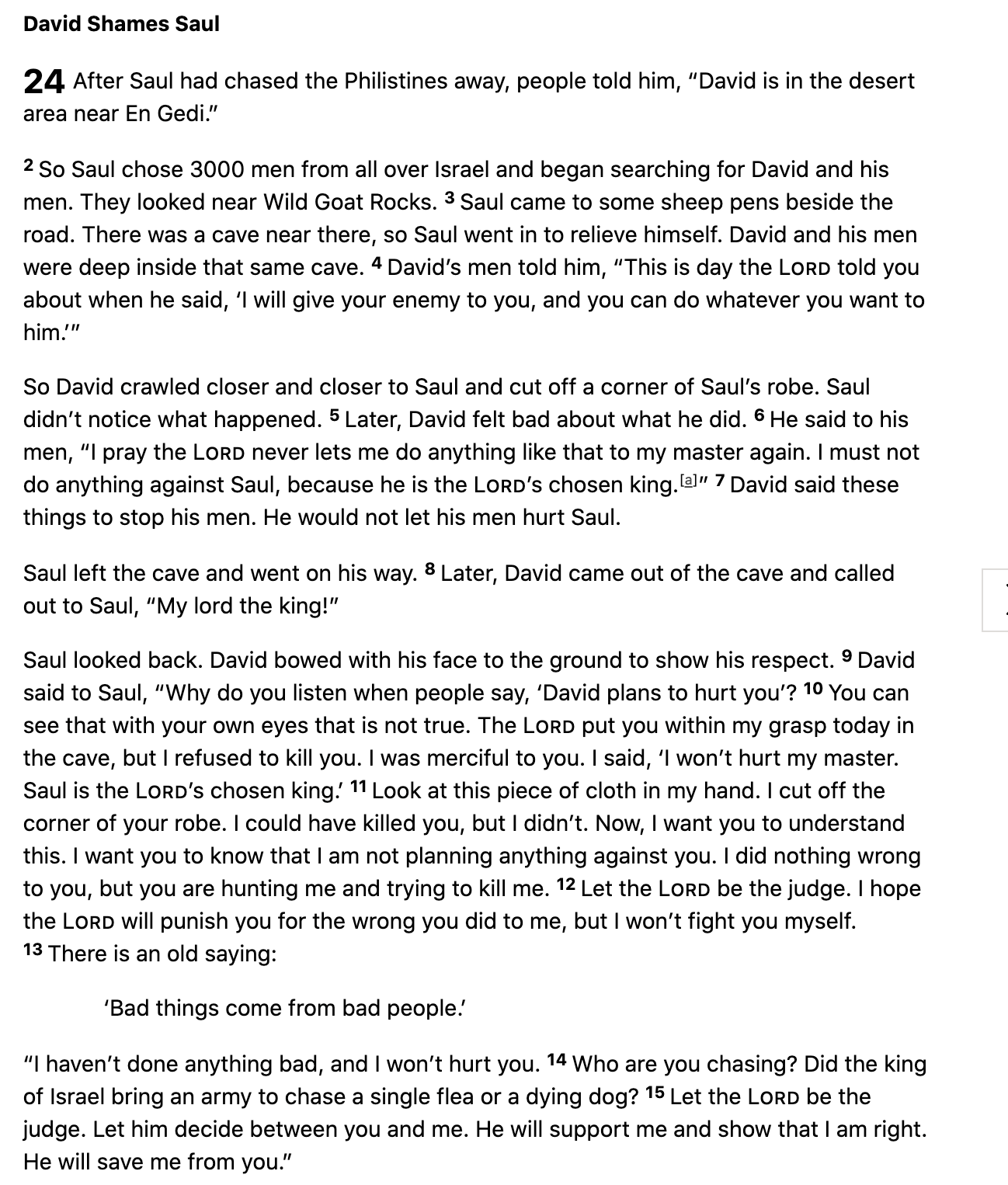 4. Use no mockery, no insults, and no evil tactics.

6. Listen to God to know how to speak wisely.

7. Whenever possible, use gentleness.

8. Fight the practice of evil, but don’t dehumanize others. Instead, pray for them!

9. Fierce language is for only special occasions when God has made it abundantly clear that nothing else will work. 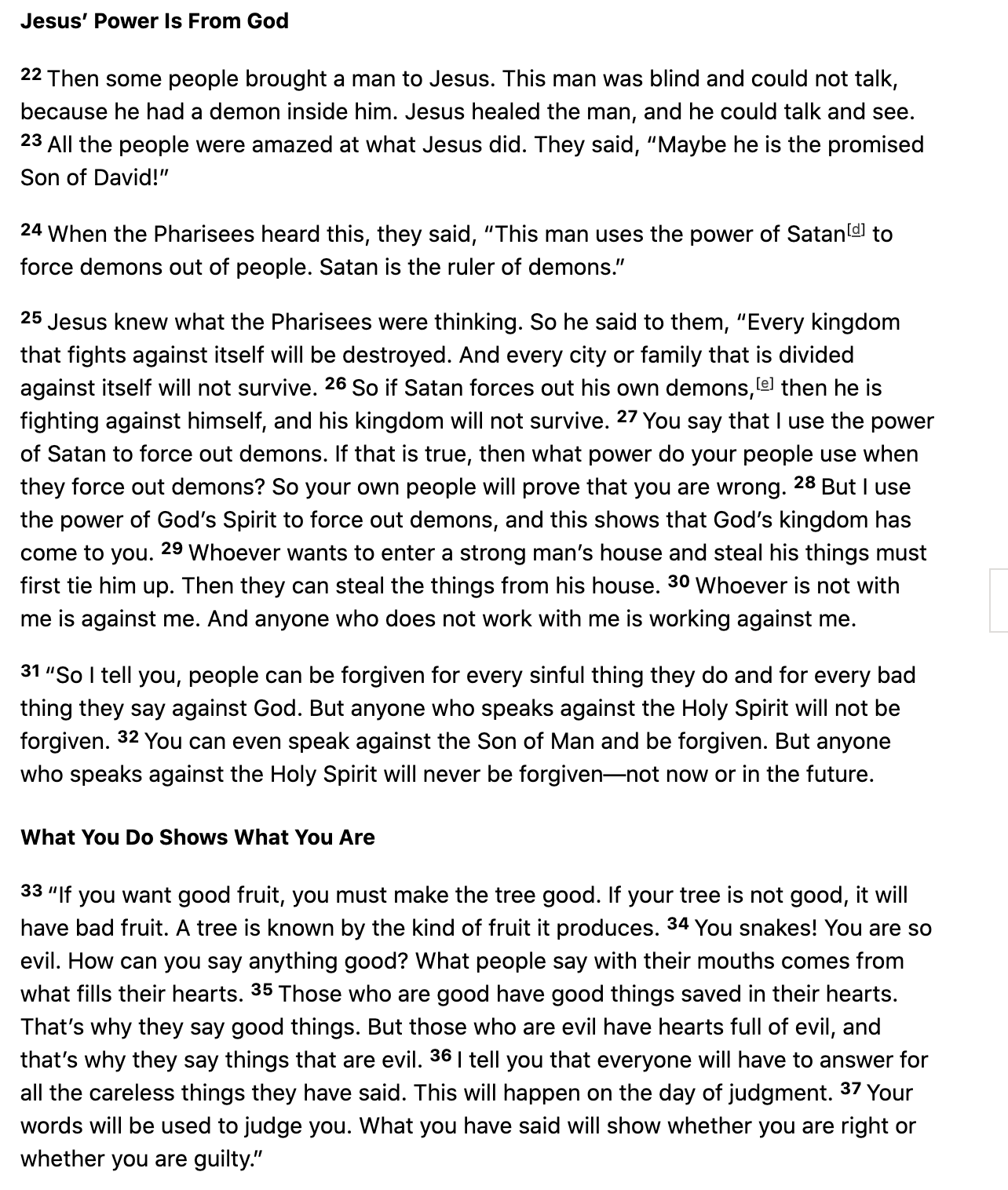 10. Civil Disobedience is for only special occasions when God has made it abundantly clear that nothing else will work. 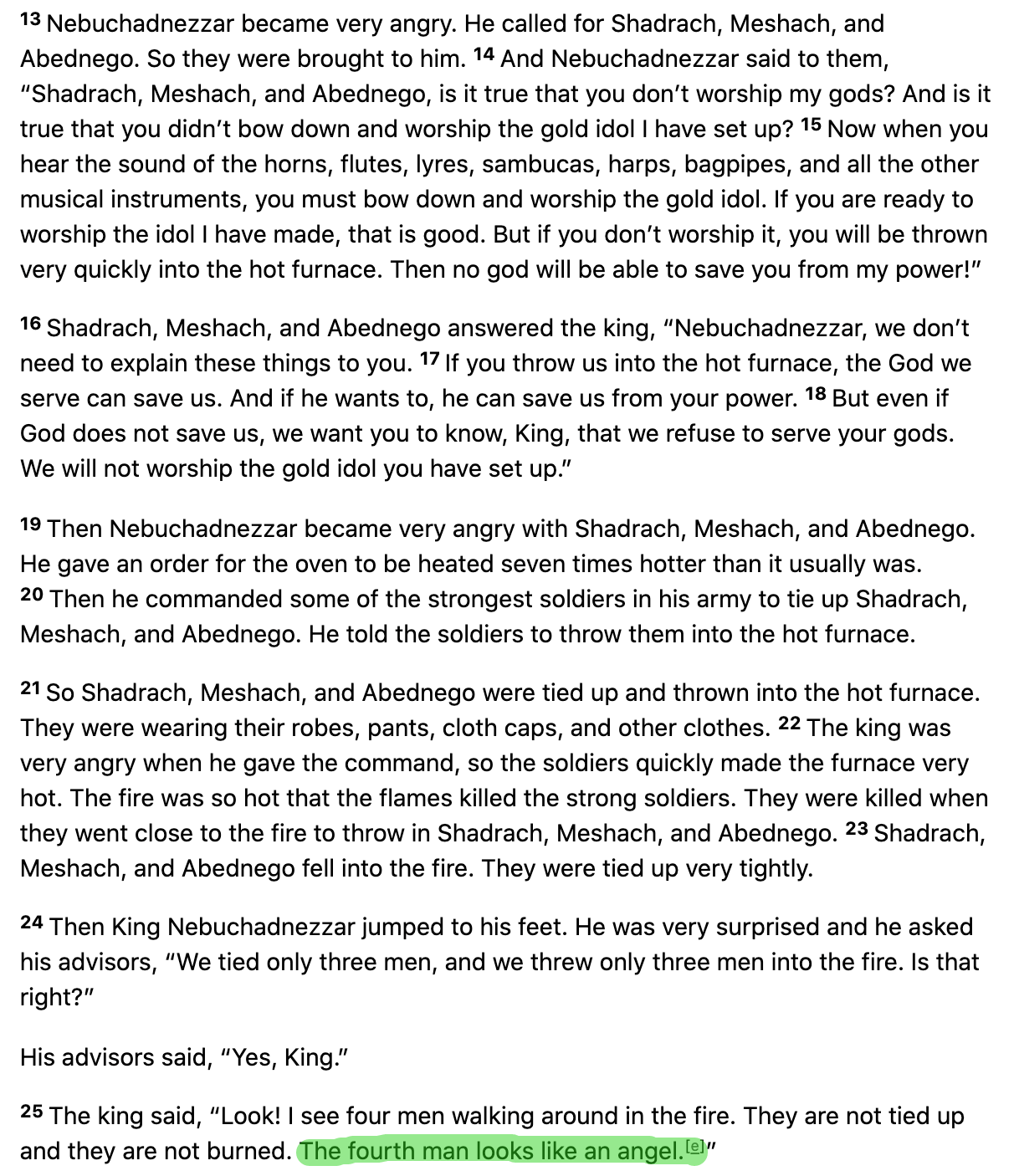 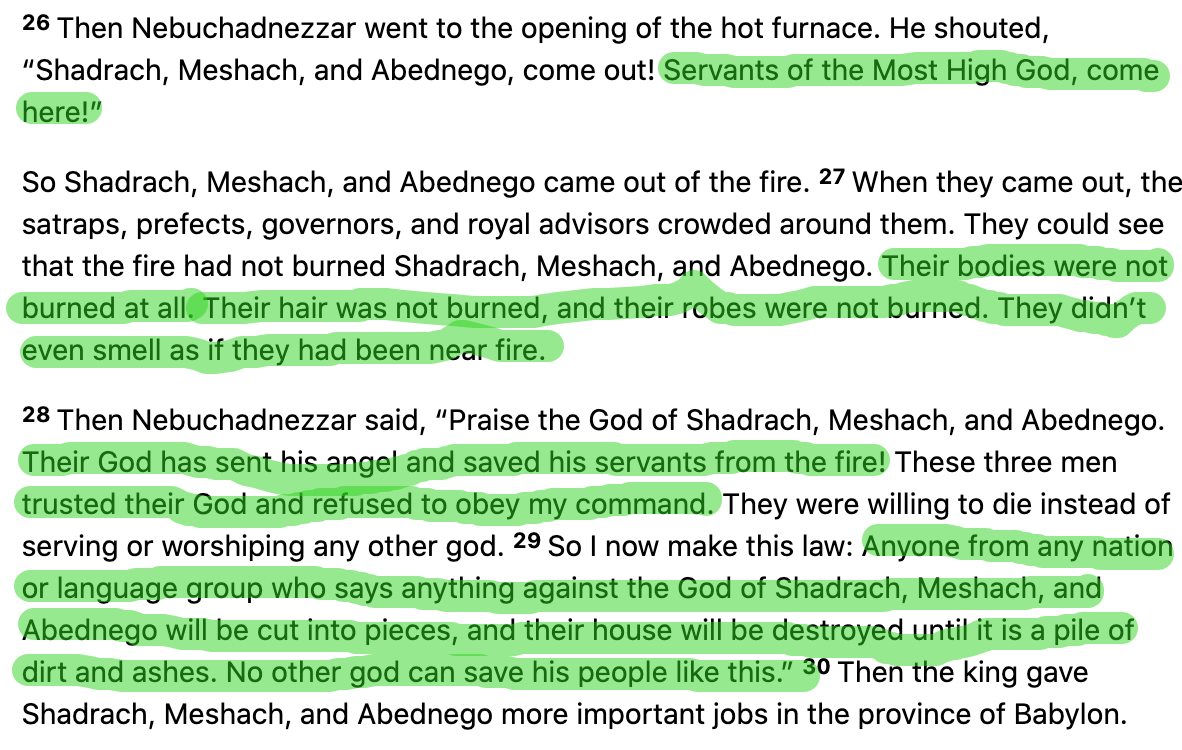 In putting these verses in context, I was able to put words on what has felt so problematic in recent months, in discussions about when, how, and why to protest. Regardless of individual politics, Christians must internalize verses like these to know how to obey God in the public sphere and respond to evil without dehumanizing other people.

I am a bilingual Christian Educator in the heart of D.C. who longs to see revival transform K-12 education both domestically and internationally. I believe that inquiry-based and experiential teaching methods pair seamlessly with godly awe and point us through the gospel towards a Creator who invites us to taste and see his goodness (Psalm 34:8). While I love sharing the gospel with people, I take Jesus's invitation to welcome children in his name (Luke 9:48) and Jesus's exhortation to become like children (Mathew 18:3) literally! In order to shape the world well for adults, we must serve the youngest among us so that we will truly understand who we are as sons and daughters (2 Corinthians 6:18). View more posts